Blogs By the tag "movie review"

From the director of crash comes this film "Third Person." Much like crash, he has an all-star ensemble cast with interweaving plot lines which hopefully leave the viewer wondering what is actually going on.

The movie opens with Liam Neeson, stuck in a hotel room, hacking away on a typewriter while smoking a cigarette, then takes off from there going into brief detail on 3 different story lines. As the stories progress, you begin to wonder if they have anything in common, but all the while trying to keep track of three different plots happening at the same time.

Towards the end of the movie, things start to come together and the view is left (IMO) with several questions answered, and a few un-answered (always leave them wanting more right!), and wraps everything up in a nice little bow.

The most interesting thinking about this movie to me was the very low rating it received in IMDB and rotten tomatoes.  After I watched the movie I went online to read reviews and figure out what it was about this movie that everyone found so terrible. The most that I could gather from reading online was that most movie critics didn't like the movie crash, and were very upset when it wont eh Academy Award. They are over-reacting to that by bashing this movie, the directors latest venture.

I'll go out on a proverbial limb and say that this movie wasn't bad at all. It wasn't great either. It was better than its 23%rating on rotten tomatoes, I will give it 3.5/5 stars myself. I actually liked the intrigue or waiting to find out how the stories interlocked and did not see the end coming near as early as everyone in the reviews online claim they did. The story was interesting enought o keep my attention despite the fact I was very slepey the night I chose to watch it, and even explaining it to my fiance (who couldn't fight the sleep so much), she was intrigued by my synopsis and thought about re-watching the movie herself.

In my opinion it is worth the 1.25 to rent on redbox and check out, I will tell say that if you are looking for a light hearted funny romantic comedy, this is not it. Be prepared for a dark, sad storyline, and being frustrated with the decisions the characters make for a little over 2 hours. 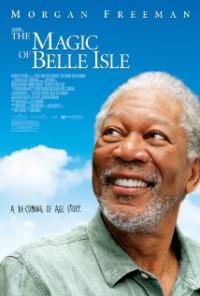 This is another Redbox gem that my girlfriend and I came across. It's the story of an ex-writer who is being forced to live in this little quiet neighborhood for the summer by his nephew, and plays out the interactions between he and the neighbors, particularly the family next door.

Now this is no "Inception" so the plot really doesn't get very deep and about 10 minutes in you can probably tell whats going to happen, that being said, when I come across movies like this I then need something else to keep me intrigued in lieu of having plot twists. This movie delivered in that respect 10 fold! The writing and the acting in this movie were remarkable in my opinion, even the child actors were very good.

I wont give you any "spoilers" but I will give you my favorite line of the movie, the main character, Monty (Morgan Freeman) is in charge of the dog that resides at the house he is staying at. On their way back home from dinner next door Monty tells the dog "Your behavior tonight was exemplary, in response I've decided to lift the ban on farting."

All around the movie was awesome and left me wanting more. Morgan Freeman and usual was amazing and they surrounded him with an array of spectacular characters and had a good enough story too keep you entertained, and not too cheesy to turn you off. 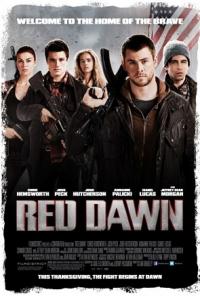 In this film, the North Koreans have managed to invade and take over the entire United States.

This movie was terrible, don't waste your time streaming it, buying it, redboxing it, thinking about it, or even reading this blog about it at this point.

That is all I have to say. 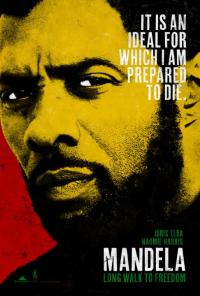 This is a little late because I saw this movie around Christmas but never got around to writing a review for it.

I am by no means a historian so I do not know much about Nelson Mandela, I remember when I was a kid and the big deal in the news the day he was released from prison. We learned very little about him in school. When I heard they were making this movie, I made it a point not to look up anything about Nelson Mandela, or the apartheid in South Africa.

First I should say that I am a huge fan of Idris Elba, any man who can play Nelson Mandela and Heimdall (the keeper of the bi-frost in the Thor comic books) is super awesome in my book. I have loved everything he has been in,.. well except for a movie called "One Love", for the love of god please do not see it, I could only make it about 10 minutes into that movie.

I've digressed, aside from telling me things about Nelson Mandela that I did not know, educating me on what apartheid was, this movie was extremely entertaining! I felt as thought I was on a roller coaster with Nelson and Winne, and experiencing the hardships they had to go through to get to freedom, the "Long Walk" if you will. Naomi Harris did an excellent job as Winnie Mandela, I'd only ever seen her in "Skyfall" and the Pirates of the Carribean franchise.  She did an amazing job portraying the wonderful and powerful Winnie Mandela.

I will not mention the historical facts that I uncovered watching this movie, in fear there are others out there who like to avoid any and all spoilers, I will just say that paying large movie ticket prices was well worth it to check out this movie. not sure if it is still in a theater near you but when it gets to redbox, I would definitely check it out! 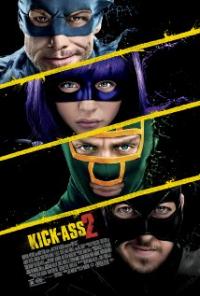 So I watched this movie last night and I was not disappointed! Often times with silly movies like these, the sequel ends up being so much dumber than the first that you wonder why they even bothered (see dumb and dumberer), but the creators of this franchise did a good job of creating a interesting plotline derived from the first movie, and still playing on comic book lore (i.e. obtaining the will power to be a hero from tragedy).

I did NOT know previous to starting the movie last night that Jim Carrey was in the movie! It was a happy surprise, and I was even more pleased to see him in a not so normal role for himself (see dumb and dumber and Ace Ventura, even "The Truman Show" lent itself to Carrey's particular brand of acting). He was able to speak with a very deep southern type accent, and to my knowledge the first role where he fires a weapon!

Overall the movie was entertaining, not going to be wining any oscars or golden globes, hell it probably wont even win a teen choice award but if you want to be entertained, than I would go check this film out! It's on redbox now!

Popular Tags
failing    disabled    women    Things I shouldn't have eaten    chat conversations    dicipline    xkcd    40 before 40    Fat Smash Diet    wedding    scales    comics    weight journal    B    brightline    tracking    bowling    dating    tuesday tips    dragon con    motivation    activeLink    redbox    chat    life    diet    single    diet bowling challenge    train of thought    weight watchers    anchor    funny    men    facebook    movie review    Star Wars    weight loss
What Will I Read Here?
Most of my blogging has to deal with weight loss, if you can tell from the tag cloud above. I didn't want to use my blog to just be like "oh, here is what I did over the weekend," my life isn't that interesting. Instead I began this blog in hopes of expressing a lot of the thoughts I have about my own life and life in general, as well as share a lot of the humerous things I see out on the net including chat conversations. This blog might seem random and all over the place but serves as a great deal of inspiration not only formyself, but it would seem for a few others. If you have come here I hope you are either inspired, or at least entertained. Enjoy!